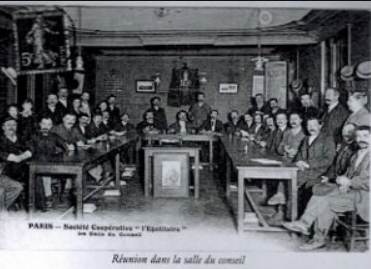 The French Revolution’s legacy of a strong small farmer base coupled with influential skilled artisans was fertile ground for Saint Simon and in particular for Proudhon‘s advocacy of cooperative working or mutualism.

Early socialists such as Buchez and Leroux also called for cooperation to replace capitalism. After the defeat of the Commune cooperatives appeared the only way of keeping up the fight for equality.