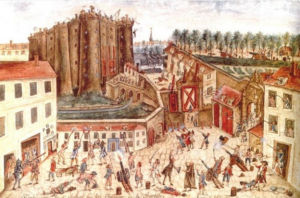 The French Revolution
Louis XVI’s ‘enlightened despotism’ was overthrown as part of a mass protest against high taxes, rising bread prices and wage cuts. Under attack by the Prussians, the Jacobin alliance of radical bourgeois republicans with poor Parisian workers adopted terror as a weapon to eliminate the aristocracy, and to remove its opponents. 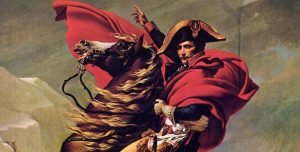 Directorate and First Empire
After the Terror France was governed by the Directorate. In 1799 Napoléon Bonaparte, seized power from the Directorate on the 18th Brumaire (9 November) and formed a three-man Consultate to govern France. He immediately fixed the price of bread. Surviving assassination plots, in 1804 he declared himself Emperor. After losing the battle of Waterloo he was forced into exile to St Helena.

Bourbon Restoration and revolt
The Bourbons were reimposed on France by Prussian and British soldiers. Repression was not enough to kill off democratic ideas and republicanism. in 1824 Louis XVIII died, passing the crown over to the youngest surviving, and still more reactionary brother of Louis XVI. The cork finally exploded in Paris in 1830 when Charles X banned press freedom. 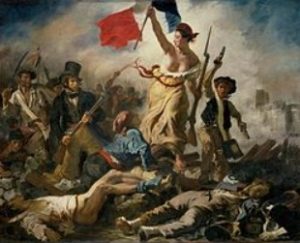 Glorious Revolution
An attack on press freedom ignites the three-day revolution that forces Charles X to flee Paris and then France. Instead of a Republic, however, France ends up with a new King, Louis-Philippe, who promises to act constitutionally. 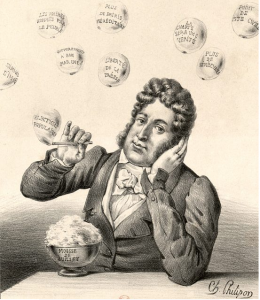 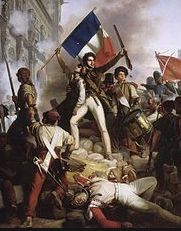 Revolution and insurrections
1848 began with a bang. Louis-Philippe’s banning of a political meeting in February sparked demonstrations and barricades and the formation of the Second Republic. In June Paris’ biggest-ever workers’ insurrection was savagely crushed. In December Louis Napoleon was elected President. The revolution was definitively over. 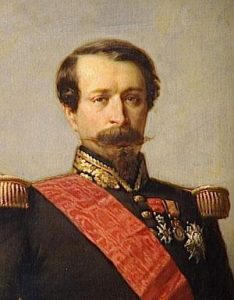 Second Empire, Coup d’État, pomp and defeat With the election of a president bearing the name Napoléon, the coup d’état he staged in 1851 became inevitable. The Second Empire saw Napoléon III 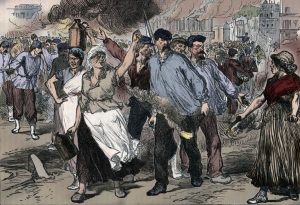 Paris Commune Sedan was followed by the siege of Paris, defended by a democratised National Guard. When the new royalist national assembly at Versailles negotiated the surrender, and tried to take Paris’ canons away, Paris established the Commune on March 28 1871. It shifted to the left and advocated local democratic control and the end of exploitation. During the bloody week of 21-18 May, the Communards were defeated by the Versaillais troops, with 20,000 killed and 40,000 jailed. 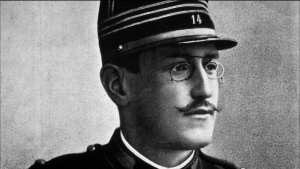 From one war to another The years between the Commune and the First World War saw a Marxist rhetoric dominate the French political Left, with Proudhonism underlying revolutionary syndicalism in the industrial left. Meanwhile huge fault lines between nationalists and internationalists opened up with the Dreyfus affair. 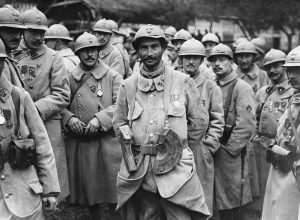 World War One
After Jaurès was assassinated nearly all the socialists and anarchists got behind the Holy Union supporting the war, arguing either that the Prussians would destroy democracy or that the invader had to be thrown out of France. A tiny number of revolutionary syndicalists opposed the war, mainly using pacifist arguments. By 1917 strikes and mutinies began to spread. 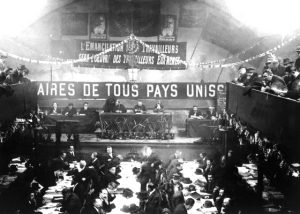 Rise of the Communist Party In 1919 the Socialist SFIO vote rose to 21%. Within a year the SFIO split, with a majority voting to affiliate to the Communist International. The new French Communist Party got 9% of the vote in 1924 compared to the SFIO’s 20%, shares that remained similar up to 1932. The rise of the far right and the PCF’s change in line led to the formation of the Popular Front. In 1936 the SFIO stayed on 20% but the Communists got 15% share of the vote, while the Radical Party got 14%.

Popular Front Factory Occupations The 57% vote for the Popular Front on 26 April 1936 led to stronger solidarity strike action on May 1. When employers started to fire strikers many factories went on strike, and on May 3 with the Popular Front winning a clear majority in the National Assembly, more occupations followed. A real sense of change swept France, with a Jewish Socialist prime minister introducing laws that obliged employers to implement a 40 hour week and two weeks paid annual holiday, as well as introducing workplace representatives. 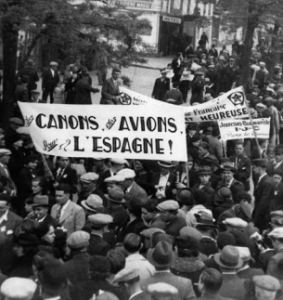 From Popular Front to the Spanish Civil War and World War Two
Blum’s Popular Front government quickly ran into internal divisions over how to respond to the flight of capital from France, over support for the Spanish Republican government, and over whether to continue with radical reform. In 1938 the Radical Party prime minister signed the Munich Agreement and left the Popular Front before outlawing the Communist Party in the wake of the 1939 Hitler-Stalin pact. 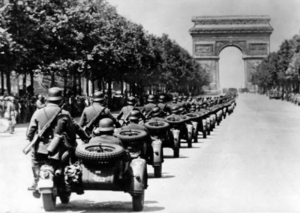 Occupation and Resistance
By June 10 1944 the government had fled to Bordeaux. Pétain is given total power in Vichy on July 9. Only after Hitler invades Russia on 21 June 1941 does the French Communist Party join the resistance. Paris, on the brink of starvation in August 1944, is finally liberated by the now much enlarged resistance movement and by Free French troops arriving in American-provided military vehicles. Thousands of leftists were shot under the Occupation and the Vichy government. Tens of thousands of Jews were sent to death camps. 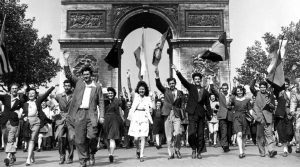 From Liberation to the Marshall Plan
The Communist Party’s huge political weight in 1944-46 saw women getting the vote, widespread nationalisations, health and social services and nationally-supported pensions all introduced in less than two years within a nearly bankrupted, poverty-stricken country. Then as strikes broke out to improve wages, the PCF left the government, and Stalin’s instruction to it to reject Marshall Aid kept it in opposition for the next 35 years. 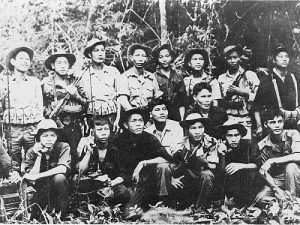 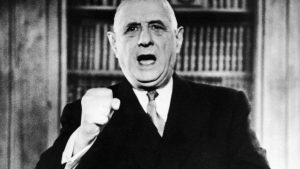 Coup d’État and Fifth Republic
Brought back to total political power by the Army in Algeria, De Gaulle then negotiated French withdrawal, while investing in nuclear weapon, in murderous repressions of demonstrators in Paris, and in conscription of striking miners. The Fifth Republic constitution he crafted restored the central autocratic government of the Second Empire. 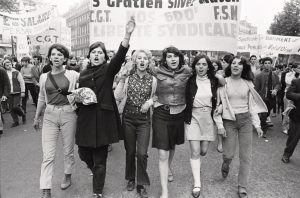 Student revolt and Mass strikes
The repression of a student movement demanding free speech and control over their own lives sparked a huge wave of factory occupations and strikes that forced the government to grant huge concessions to the trade unions. The strength of the workers’ movement also reignited belief in left revolutionary politics, despite the national election results that produced a huge right-wing majority. 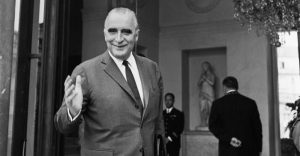 Reforms from the right
Despite a right majority in the National Assembly, De Gaulle’s defeat in a 1969 referendum then led on to two reforming right-wing presidents and governments. They modernised and introduced social reforms that took France towards levels of social support available elsewhere in Europe. On the political left, a Maoist, anarchist and Trotskyist left thrived on the aspirations raised by 1968, while a joint platform agreed between Communists and Socialists gained increasing support. 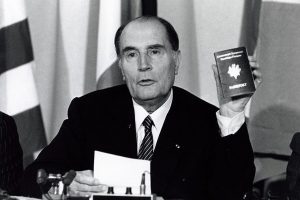 Reforms from the left
The two 7-year terms of Mitterrand’s presidency saw the eclipse of the Communist Party and the emergence of a Socialist Party governmental elite without the Socialist Party building a substantial local base. Early labour market reforms and nationalisations were soon abandoned in favour of a more liberal approach. The far left showed its capacity to generate a small protest vote, but the far right began to secure increasing support. 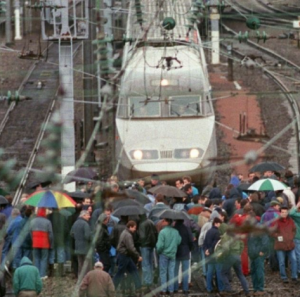 All to fight for
The attack by the new right-wing president and majority right-wing government on pension rights sparked a successful mass strike movement that in turn fed resistance to neo-liberalism and into the re-election of a Socialist National Assembly majority under a left-leaning prime minister. To reduce the chances of a mismatch between the politics of the President and of the National Assembly, a five-year term for each was introduced from 2002, when the main challenger to the right-wing Chirac was the far-right Le Pen. 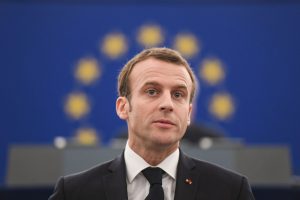 Neo-Liberal reforms and their Opposition
Under global pressure to adapt still further to neo-liberalism, first a right president, then a left president, and from 2017 an explicitly neo-liberal president tried to run France. Each met with mass protests and each witnessed the growing strength of the far right. The history is still being told.