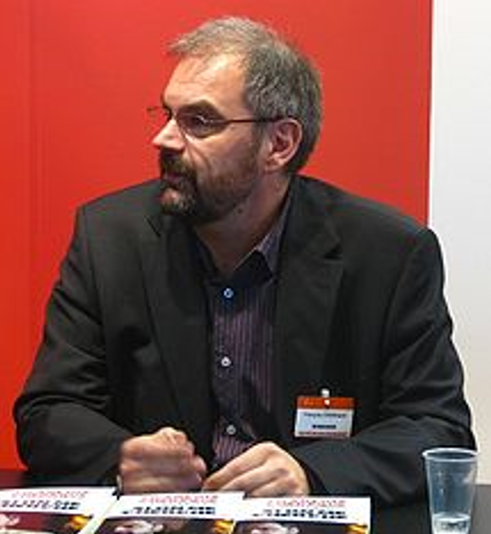 Son of Jacques, an important CFDT engineering industry union leader close to the Socialist Party’s left-wing, François worked in the health sector, joined the CFDT in 1978.

He succeeded Nicole Notat as General Secretary in 2002 and after being re-elected twice ended his third term after just two years in 2012. 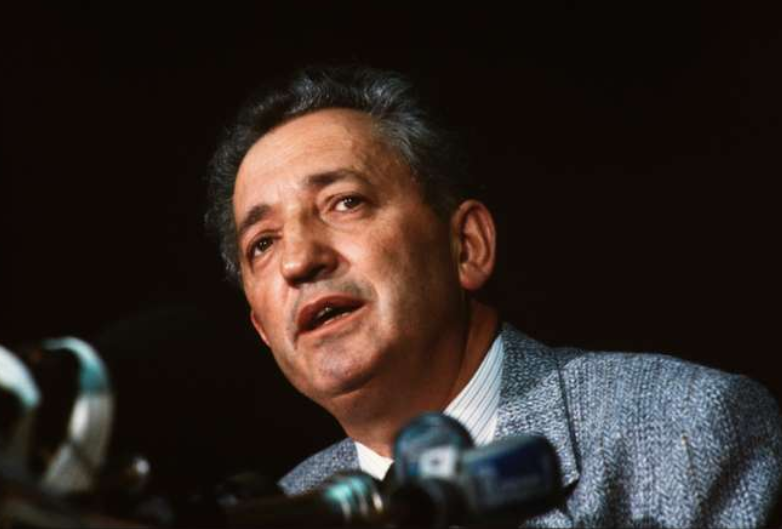 Brought up a practising Catholic it was normal for Maire to initially join the Christian trade union CFTC, Committed Catholics were all asked by the Catholic Church to affiliate to the Confédération française des travailleurs chrétiens (CFTC) that had been set up in 1919 to counter the menace of Bolshevism.

Maire, however, became an agnostic and was influenced by Mendes-France and he joined the ‘new left’ PSU in 1960 and continued to support workers’ control until the mid- 1970s.

He also was very active in the formation of the (non-religious) CFDT in 1964 and became its General Secretary in 1971.

The formation of what by the 2010s is France’s largest membership trade union, the CFDT (Confédération française démocratique du travail), was a key development. It emerged in 1964 taking with it nearly 90 percent of the then CFTC membership.

Responding to growing social tensions stimulated by De Gaulle’s tough incomes policy in a period of labour shortages and that eventually exploded in the strikes and occupations of May-June 1968, the overwhelming majority of CFTC members wanted a trade union centre that was both independent of the Catholic Church and more committed to the construction of a democratically structured economy and society. The 1964 report drafted by Maire motivating the change in name and statutes adopted by the founding congress described the new union’s common humanistic values:

Putting man before the machine, a man without money, trade union struggles are dominated by the demands of people at work, in society and in the world. It is by remaining faithful to the purpose of man, to the dignity of the individual – free, responsible, united – that it has always opposed totalitarianism of both right and left.

The new confederation retained many of the CFTC’s holistic values, but it also revisited the pre-1914 emphasis on trade union independence from outside influences – in its case from the Catholic Church.

The change to a secularised union resulted from the convergence of several trends. The new post-Second World War generation of CFTC activists and members were both younger and more likely to be manual workers than the older, generally white-collar workers. Their experiences in the Resistance had given them a stronger sense of working class solidarity than the earlier generation. There was also a new politics in the air.

The CFTC’s impatience with the French employers’ reluctance to permit any form of participation in the 1930s and 1940s had gradually led it to embrace a larger state role in the management of the economy and in arbitrating industrial relations. In the 1950s it attracted men like the young Jacques Delors, who ran its research centre between 1957 and 1961 and who was then appointed to work on the Fourth National Plan.

The new aim of ‘democratic planning’ the CFTC had embraced in 1959 further encouraged the revival of ideas of workers’ self-management and discussion of a ‘third way’ for advancing workers’ interests that lay somewhere between Catholicism and Communism. After 1968 it was this greater openness of the CFDT to ideas that encouraged the more dynamic Trotskyist groups to concentrate their members in that confederation rather than in FO.

The growing radicalism of the CFDT led it naturally towards a greater involvement in a perspective of struggle against the ‘blocked’ French society of the mid-1960s. Its values shifted towards a toleration of a societal form of bottom-up class struggle. While this was quite distinct from the top-down, structured and controlled, class struggle philosophy of the CGT, there nonetheless was a logic for the two confederations to come together and sign a joint action agreement in 1966.

At its 1970 Congress the CFDT embraced workers’ control, planning and collective ownership of the means of production. In many ways the CFDT had become more radical than the heavily bureaucratic CGT, still tied closely to the political line of the Communist Party.

However, with the PCF’s 1977 decision to end its left unity agreement with the Socialist Party, the growing economic crisis and the end of trade union growth, the 1978 CFDT Congress announced the beginning of a shift back to its traditional values of societal integration and away from those of class struggle.

Edmond Maire, CFDT general secretary from 1971 to 1988, then successfully ‘re-centred’ the CFDT on a more ‘moderate’ strategy of distancing itself from major struggles, such as the 1986 railway workers’ and student strike waves, and of associating itself as closely as possible with the concept of social partnership with the employers.

Maire also increasingly supported the employers’ argument that what was needed was more ‘social dialogue’ at firm-level – precisely the level at which French unions were weakest – and questioned the need for further legislative support for the trade unions, criticising the Socialist government’s ‘dirigiste and archaic conception of industrial relations’, and denouncing an ‘authoritarian left that puts a Jacobin state into the saddle’.