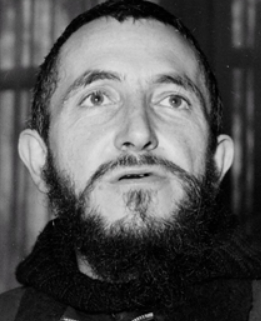 Using his wartime pseudonym, L’abbé Pierre, the Catholic priest Henri Grouès helped establish the resistance movement in the Vercors during the Second World War. In 1949, while he was a deputy (from 1945 to 1951 and part of a Christian socialist parliamentary grouping) he established the Emmaüs international charity.

Grouès campaigned for the right of conscientious objectors to refuse to fight in Algeria and from 1954 became known as a tireless campaigner against poverty and homelessness.