The existing Bourbon Palace that has been used as the Chamber of Deputies or National Assembly ever since 1815 was originally built between 1722 and 1728. It was then enlarged considerably between 1771 and 1789 under the neo-classical architect Marie-Joseph Peyre (who also designed the Odeon Theatre) before being nationalised in 1792 after its then princely owner had fled France.

Under the Directory the Council of Five Hundred began to meet in the Palais Bourbon. from January 21 1798. By then it had been modified to include a hemicycle theatre. Napoleon’s powerless Corps Legislatif also met there in a building that was now adorned by a new corinthian facade facing the Seine and on the opposite bank at the end of the Rue Royale, Napoleon’s Temple to the Glory of the Great Army (now the Church of the Madeleine).

At what is now the back, or south-facing side of the Palais Bourbon is the Square (Place du Palais Bourbon). In 1883 and 1884 Félix Fénéon published poetry by Paul Verlaine and the Illuminations by Arthur Rimbaud from No. 8 in the Libre revue.

Many of those in LeftinParis were deputies in the National Assembly at one point or other in their lives: Jean Zay, Leon Blum, Ledru-Rollin, 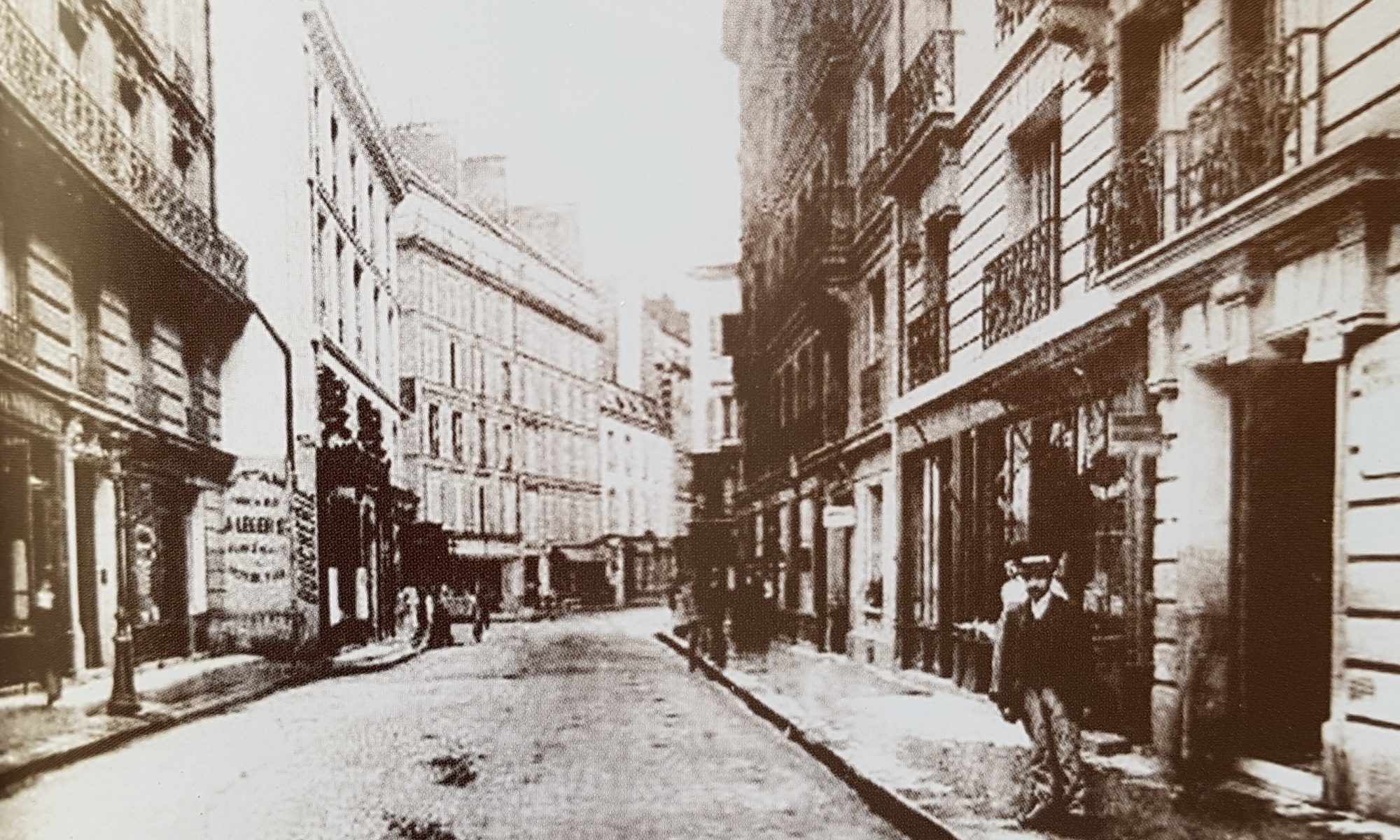 A 12 metre-wide street originally built in 1826 under a royal decree, it was initially named rue Mademoiselle because of its proximity to the building that became the Matignon Palace/Hôtel , now the official residence of France’s prime ministers. The owner of the huge Hôtel at 55 rue de Varenne at that time was Mademoiselle Louise-Eugenie, the younger sister of Louis-Philippe. The name was changed to rue Vanneau (with two nn’s) in the initial democratic phase of King Louis-Philippe in October 1830.

The street was again renamed in 1873, as the right-wing Republican government sought to use name changes to reinforce its shaky legitimacy. So from rue Vanneau it became rue Vaneau (with one n) in honour of a student killed attacking the Babylone barracks during the Glorious Revolution on July 29 1830.

Although Karl Marx lived at both No. 38 and No. 23 in 1843-1844 and his first daughter, Jenny (who later married Charles Longuet), was born at No. 38 there is no commemorative plaque on either address. The offices of the review that had brought Marx to Paris, Annales franco-allemandes, were at No. 22.

Another left literary figure to have lived in the road was Félix Fénéon. He was still living with his parents at No. 26 when he got his first job at the Ministry of War in 1881 and soon afterwards began writing art criticism, book summaries, short stories and even a first draft of a psychological novel for a monthly journal that ran from October 1883 to March 1884.

The photograph above is from 1905, some 60 years after the Marx family lived a little further down the street.

You will see a plaque on 1b, rue Vaneau, where André Gide lived on the sixth floor from 1928 and died in 1951, and where he hid Albert Camus in another flat in the building in 1944.