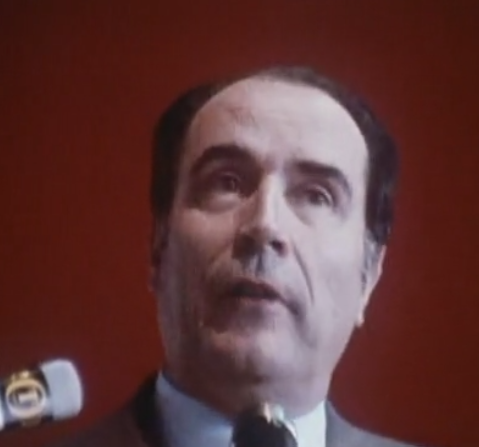 I never imagined I’d ever think anything really positive about François Mitterrand, whose bending before the neo-liberals in the early 1980s helped reinforce Thatcher’s TINA argument (‘there is no alternative’).

Mitterrand’s relationship with socialism has been rightly described as ‘complex’. After escaping from a prisoner-of-war camp in 1941, he worked for the Vichy Government but in 1943 joined the resistance.

In 1946 he opposed the nationalisations of significant parts of French industry and supported the liberalisation of the economy. A government minister from 1947 he began to move to the centre-left, while remaining strongly anti-Communist.

In 1954 he became Interior Ministry in the Mendès France government that ended France’s colonial occupation of Indochina, but he did not resign from the Guy Mollet government in protest against its military response to the Algerian war.

Mitterrand played an important part in bringing the socialists together around his presidential candidature in the mid-1960s, and kept presenting a left alternative to Gaullism (often as a single individual).

In 1971, as the Socialist party shifted to the left, Mitterrand stepped up his leftist rhetoric to become the acknowledged leader of the Socialists. He denounced monopolies and argued

Those who do accept the need for a rupture iwth capitalist society, I am telling you, cannot be Socialist Party members.

Mitterrand’s 1981 election victory created a major shift to the left, but in 1983 Mitterrand performed a major U-turn, away from the wave of nationalisations and extensions of worker democracy back towards neo-liberalism.

In 1985 Mitterrand personally authorised the sinking of the Greenpeace ship, Rainbow Warrior, in Auckland harbour, in order to prevent it interfering with the extensive programme of nuclear tests he approved between 1981 and 1994 in the South Pacific atolls of Mururora and Fangataufa. One Greenpeace activist died as a result on 10 July 1985.

But with the theme of left-wing lovers and Paris in my head I was surprised when I opened Le Monde on October 6 2016. It contained extracts from the journal Mitterrand kept during the first six years of his 32-year long relationship with Anne Pingeot.

Mitterrand used to paste cinema tickets and maps of where they had been together, and to scribble notes next to pictures cut from newspapers, as well as to write poems and letters and make little drawings, and plead for letters back.

I walked past 40, Rue Jacob, where Anne used to live with the couple’s daughter, in October 2016, looking for one of the schools that Simone de Beauvoir had attended fifty years before.

Anne Pingeot, who became an art historian and worked at the Musée D’Orsay (that was funded extensively under Mitterrand’s presidency) published Mitterrand’s journal five years after the death of Mitterrand’s wife, Danielle, and 20 years after Mitterrand died – in 1996, the same year as my father, James.

I have copies of letters James wrote to my mother, in which he too sometimes drew little amusing sketches, like one in 1941 showing him sleeping uncomfortably on a sofa on his first night in Coventry before starting work there.

One tragedy of the advent of the email and mobile phone era is that relationships that began in the mid-1990s will never again provide records half as tangible.

Mitterrand’s complex mix of hope, fear of losing Anne, warmth and love that come through just a few pages of ‘For Anne’ sound more genuine than much of his political history.

Beginning his life as a conservative Catholic, despite his moving a considerable distance to the left, he never had the historical left instinct that saw the roots of French socialism as lying with the lives of people like Louise Michel, August Blanqui and Elisée Reclus.

So it meant little or nothing to him to order the erection of a statue to his mentor Pierre Mendes France in the Luxembourg Garden in the place of the Émile Derré sculpture, Le Chapiteau des Baisers, now relocated to Roubaix in the north of France.