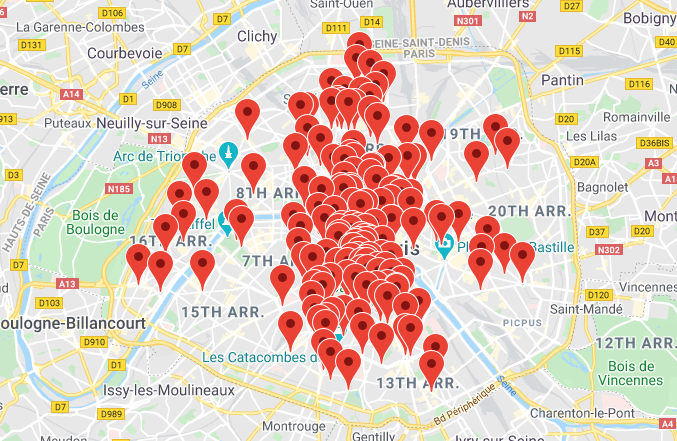 This map shows all the Places featured in Left in Paris. Using the zoom in or out feature allows you to see Places near you. You can choose More Details and Directions for each one (setting Directions for walking, cycling or Transit – Public transport). 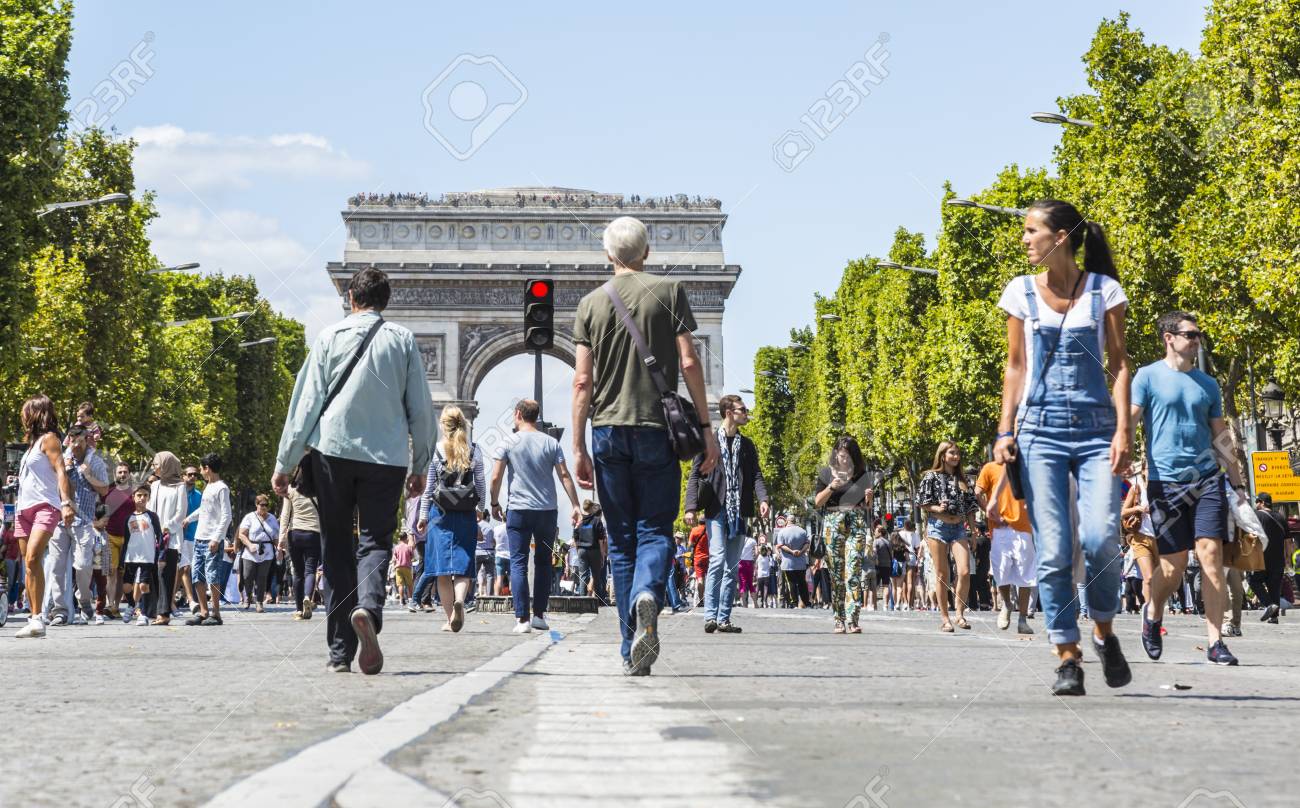 In March 2020 Le Parisien newspaper produced a map showing walking distances between many key locations in Paris. It is a pretty accurate guide. 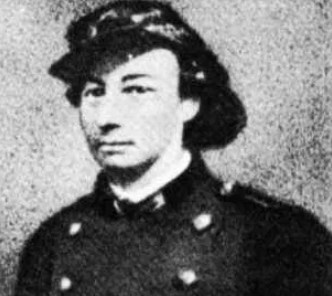 The walk takes us from the 17th arrondissement, where Michel first lived on coming to Paris in 1856 to the places she taught, and fought on barricades defending the Paris Commune before May 23 1871 when she surrendered to the Versaillais forces in exchange for her mother. The walk passes through what is now the Square Louise Michel as we climb up the Montmartre hill below the Catholics’ revenge on the Commune, the Sacré-Coeur Basilica. This was built near where Michel raised the alert that the Versaillais were about to seize the Commune’s artillery canons, and where a Versaillais general and a retired general who had directed some of the June 1848 massacres were both killed by the angry crowd. 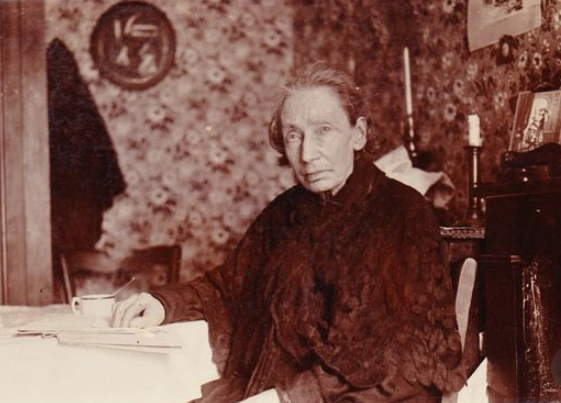 The walk focuses mainly on some of the Parisian places Michel was associated with after her return from exile in 1880. It starts at an address near today’s Place République and Bourse du Travail where she lived in the 1860s. It then passes the Gare St Lazare prison (now Square Alban-Satragne) where she was jailed in 1883 and the Gare St Lazare railway station at which huge crowds met her in 1880. It continues on to the Left Bank, following the route of the 1883 unemployed march that saw her carry a black piece of cloth on top of a broom for a flag. Further on there is the site of the flat where she lived for the last 9 years of her life as well as the site of the Women’s Technical Drawing School she set up during the 1871 Commune. Finally, the walk passes through the Luxembourg Gardens, where Mitterrand exchanged a remembrance column featuring her and Blanqui for a statue of his mentor, Pierre Mendès-France, and goes on to the Gare de Lyon.  In 1905 some 120,000 mourners accompanied her remains from there on the two-hour walk to the Levallois-Perret Cemetery in north-west Paris. We won’t follow her that far…