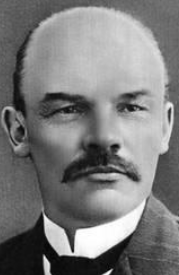 Vladimir Ilych Ulyanov (Lenin) first visited Paris in June 1895 to meet Paul Lafargue, Marx’s son-in-law, the first socialist to be elected to the French parliament and a leader of the French Workers’ Party, the POF, Parti ouvrier français.  On December 3 1911, ironically perhaps given Lenin’s political distance from Lafargue, Lenin was one of those who spoke at Paul and Laura’s joint funeral after their suicides on November 25.

Lenin used his first visit to read about the history of the 1848 Revolution at the City of Paris’s Carnavalet Museum iat 23 rue de Sévignés that was created in 1880.  It will be great to visit it again after its 2018-2019 renovation.

In 1902 and 1903 Lenin gave several university lectures under the pseudonym Mr Illine. He also spoke to Iskra political meetings at various locations in Paris while living most of the time in London. He would be put up by Russian exiles while lecturing in the Rue des Écoles.

Trotsky, also in exile, attended at least one of the lectures he gave on the Russian Agrarian question. On 25 February 1903 Trotsky and Lenin spoke at a conference on Iskra‘s agricultural policy.

In December 1902 Lenin and Trotksy, Krupskaya and Natalya, went together to see a show at the Comic Opera in Rue Favart. Lenin leant Trotsky a pair of shoes for the occasion since his were not presentable. Trotsky later complained they were too small: ‘I suffered awfully, and Lenin kept making fun of me the whole time’.

On December 10 1904 Lenin sat for the Russian Jewish sculptor Aronson in the Rue Vaugirard who produced a bust that won a gold medal at the Liege art show in 1906.

A few years later Lenin and Trotsky met again in Paris. In 1910 they are recorded as playing chess together and with Guillaume Apollinaire at the La Closerie des Lilas café restaurant at the eastern end of the Boulevard du Montparnasse.

In May 1905 Lenin is recorded as having spoken at a meeting on ‘Our tasks’ at 8 rue Danton. He was back speaking again in May 1908 and used the Sainte-Geneviève library at 10 Place du Panthéon in research for his book on Materialism and Empirical Criticism.

in December 1908 on their arrival from Geneva after staying a couple of nights at the Hotel des Gobelins (24 or 27 Boulevard St Marcel), where Lenin’s younger sister was living at the time while studying at the Sorbonne, Krupskaya and he moved to a second-floor flat at 24 rue Beaunier with his sister and Krupskaya’s mother.

In July 1909 he and Krupskaya then moved to a 48m2 flat at 4 rue Marie Rose, living there until July 1912. It became the Paris Lenin museum, but was sold by the French Communist Party when it needed the money in 2007. [A plaque on the wall outside was taken down soon after.]

Lenin opened a bank account at the Credit Lyonnais branch at 19 avenue du Général Leclerc soon after arriving in Paris. The Café du Lion, just down the avenue at number 5, was where he used to organise meetings of the Bolshevik faction within the Russian Social Democrats.

Lenin used to regularly cycle the 20 minutes to the National Library in the Rue de Richelieu next to the Palais Royal until the bike was stolen one day. But Lenin’s life wasn’t all Bolshevism and research.

On October 13 1909 the news arrived in Paris that Spanish educationalist, anti-monarchist and anti-Church, Francisco Ferrer had been shot by a military tribunal after September’s bloody suppression of an uprising against Spain’s colonial war in Morocco at which Ferrer had not been present.

Hours later Lenin and Krupskaya (and Jean Jaures) went on a 20,000-strong protest demonstration that surrounded the Spanish Embassy (34 boulevard de Courcelles). When the cavalry were ordered to disperse the demonstrators, pistol shots killing a policeman answered the sabre attack,.

In 1909 the 40-year-old Lenin also quickly fell head over heels in love with the 35-year-old Inessa Armand, the mother of five who was also lecturing at the Russian revolutionary school in Paris. Observers wrote: ‘He doesn’t take his eyes off her’. In 1910 Lenin had organized for her to move into a flat next door to him at number 2, rue Marie Rose [No plaque there either.]

Not surprisingly, in 1910-12 Armand and Lenin used to pop out to the Cafe d’Orléans, at 43 avenue de Général Leclerc, 10 minutes from their flats. But that was knocked down and the current café with that name (on the opposite side of the Avenue) is even closer, but without enough charm to merit a drink when I walked by it.

When Lenin left Paris for the last time (heading towards Poland) in July 1912, his comrades held a farewell meal for him and Krupskaya at the Pavillion Montsouris restaurant at 20 rue Gazan.