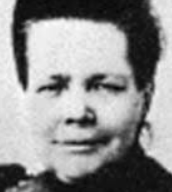 A Proudhonist supporter of the First International from 1865, she was one of the leaders of the Women’s Union during the Commune and helped build a barricade at the Place Pigalle and placed red flag on it. Deported to New Caledonia, she returned to France in 1879, and supported La Revue socialiste in the 1880s.

Karl Marx’s Jewish father, Heinrich, studied law in the French law school in Mainz and converted to Protestantism when Russia annexed the Rhineland to keep his legal job. Karl, himself, studied at the French secondary school in Trier on the Moselle river that flows through France to Germany.

It was not, therefore, by accident that the 25-year-old newly-married young neo-Hegelian atheist student chose to emigrate to Paris when political opposition became impossible in Colonge. Karl and Jenny von Westphalen lived in Paris from October 1843 to January 1845.

They stayed in two different addresses in the Rue Vaneau. Arnold Ruge had invited Marx to Paris to work on the German-French Annals based at No. 22.

Editorial meetings of the Annals took place at Henry Bornstein‘s editorial offices of the fortnightly Vorwärts! Pariser Deutsche Zeitschrift Forward! Paris German Journal] that appeared in 1844. The meetings with French leftists included Marx as well as Etienne Cabet, Proudhon, Pierre Leroux and Louis Blanc. The German idea of collaboration didn’t go down to well with the French socialists, however, and only one double issue of the Annals was ever published in February 1844.

Ruge put the couple up at No. 23, where one flat was already the home of the German leader of the League of the Just, German Maurer. With approximately 60,000 German workers in Paris at this time the League became a migrant organisation, supported by many communistic skilled workers, and meeting regularly in a now unknown venue in the Cours de Vincennes that links the Place de la Nation to the Porte de Vincennes.

There were fields and a pond to the Eastern side of Rue Vaneau, part of the estate belonging to the then ruling Orléans branch of the Bourbon family, whose huge house is now known as the Matignon palace. This became the official residence of French prime ministers in 1935.

Marx published two articles at this time, the Critique of Hegel’s Philosophy of Right, and On the Jewish Question‘, where he began to develop the argument that the working class was the key agent of social change. Flora Tristan had also placed the working class at the centre of political action a year earlier, and in The Holy Family Engels had written a brief defence of her from the Young Hegelians. Between April and August 1844 Marx wrote the 1844 Paris Manuscripts now known as the Economic and Philosophic Manuscripts of 1844.

After their first child, Jenny, was born on 1 May 1844, Marx and Jenny rented a 3-room flat on the other side of the street at No. 38 Rue Vaneau. This was where guests such as Engels, Proudhon and the Russian, Bakunin came to discuss politics.

While he lived in Paris Marx met with many leftists and republicans. He visited Daniel Stern‘s salon on the Quai Voltaire. He met with Proudhon several times in a bar in the Rue Coquillière from October 1843 onwards, and also visited him in his student room home at 36 Rue Mazarine. Proudhon was also invited to Marx’s flat at 38 Rue Vaneau.

On one walk I strolled the 35 minutes from there, across the Pont Royal to the site of the Café de la Régence on the Rue St Honoré opposite the Palais Royal and where, today, No 155 Rue St Honore is at an angle with the Rue St Thomas du Louvre. This was where Marx met the 24-year-old German socialist Friedrich Engels on August 28 1844, and where Marx first talked to Engels about the concept of historical materialism.

Marx, then 26, had read and liked Engels’ articles on the Condition of the Working Class in England, and they had corresponded. So it wasn’t an accidental meeting. Upstairs was the centre of the French chess circle – and allegedly characters as diverse as Robespierre, Napoleon and Louis Philippe had all played chess there (not together!). The cafe also doubled as one of Paris’ four cafe/shop post offices at the time.

After agreeing to collaborate with Marx on what was published in 1845 as The Holy Family, Engels continued on his way home to Germany on September 6 1844. By then the core of what became known as ‘Marxism’ had already taken shape in Marx’s thoughts.

Marx was expelled from Paris to Brussels on February 3 1845 after an article he wrote in Vorwärts resulted in pressure being put on Guizot, Louis-PHilippe’s prime minster, by the Prussian king. There, Marx completed the Theses on Feuerbach, arguing that the world only changes through actual, physical, material activity.

Marx was briefly in Paris again in 1848 during the revolution before leaving for Cologne in April. On 5 March 1848, after arriving from Brussels he spoke at a meeting of the Central branch of the Society for the Rights of Man and the Citizen in the Rue St Martin, Marx spent several nights at the Hotel Manchester at 1, Rue de Gramont.

After a few nights there he moved in to the headquarters of the German Communist League at 10 rue Commines (the old Rue Neuve de Ménilmontant) in the Marais. While he was in Paris on March 8 he helped found the German Workers’ Club, and attended meetings of the German Democratic Club that met in the Mulhouse Bar at 8, Boulevard des Italiens. Others present at that time were Ludwig Feuerbach and Arnold Ruge.

Marx left Paris for Cologne at the beginning of April 1848, where he would edit ‘The New Rhine gazette’.

Back in Paris again the following year after his expulsion from Germany, Marx and his family lived from June to August in a couple of rooms in the Rue de Lille under the name of Meyen.

Marx was an observer of the start of the Boulevard Bonne-Nouvelle demonstration against French intervention against the Roman Republic on June 13 1849. The Left Republican contingent set off from their meeting place at 6, rue Thérèse (then called the Rue du Hasard).

Marx’s next visit to Paris was under the false identity of Alan Williams to spend a week in July 1869 with his daughter Laura, and son-in-law, Paul Lafargue at their home at 47 Rue du Cherche-Midi.

Marx’s final visit to Paris was in June 1881 . He stayed with his Parisian first-born daughter, Jenny, at her and Charles Longuet’s house in Argenteuil for three months after returning (still ill) from a break in Algeria that Engels had hoped would improve his health.

Jennychen’s own health was poor, although she disguised this from her father. In September 1881 she gave birth to a fifth child [Jenny Longuet (1881-1952)] before dying four months later at Argenteuil from bladder cancer. She was 38 year old.

Marx’s wife Jenny died in December 1881, shortly after he returned to England. The news of Jennychen’s death devastated him early in 1882. He died in London just over a year later at 64 on 14 March 1883 and was buried in Highgate Cemetery in an area reserved for agnostics and atheists.