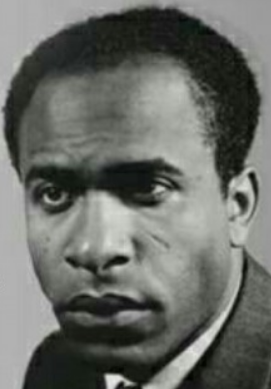 Frantz Fanon a philosopher and psychiatrist who charted the psychological, sociological and philosophical damage of colonisation

He joined the French Army fighting Vichy and the Nazis in 1943, and then, having witnessed the racism of the French in Algeria, studied psychiatry in France. From 1954 he supported the Algerians in their war of independence.

On 19 September 1956 he spoke at a Conference on the ‘Crisis of Black-African Culture’ organised by the Présence africaine journal. This was held in the Descartes ampitheatre of the Sorbonne. Along with Fanon, other speakers included Aimé Césaire and other international speakers such as Dos Santos and Richard Wright.