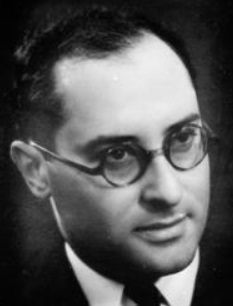 There are 126 schools in France named after Jean Zay. But few now know much about the 40-year-old Radical Party Jewish deputy who became Minister of Education and Fine Arts in Blum‘s Popular Front government of 1936, and kept that position until 1939.

First elected a deputy to the National Assembly for his home town of Orleans in 1931, from 1934 to 1937 Zay lived in the Rue de Verneuil, and then, in the Rue de Bourgogne until his resignation to join the Army on September 2 1939.

After four years a prisoner of the Petain government, he was murdered by revengeful score-settling anti-Semitic Petainist French uniformed Milice exactly two weeks after D-Day in June 1944.

His body was eventually found in 1946 in a ravine where the Milice had shot and hid him. From 1948 to 2015 he was buried in Orléans cemetery and then, under the Hollande presidency, his remains were placed in the Pantheon with three others who had opposed the Vichy Government.

A very old street that first appears on the records in 1267. It finally got its present name (‘spur’ in English) from a shop sign in 1637.

Its principal claim to fame is at No. 2, the Lycée Fénelon. This was the first secondary and higher school for girls in Paris. It was set up in 1892 in 19th century buildings used to prepare young men to enter the competition for the elite École normale supérieure.

It was named after the Archbishop of Cambrai (François de Salignac de La Mothe-Fénelon known succinctly as Fénelon, 1695-1715) who had written extensively on women’s education.

The Lycée became entirely mixed in 1979.

Among its better known students was Simone Weil and while some sources suggest Simone de Beauvoir was a student there, others (more probably in my view) suggest this was one of the Lycées where she taught. Another teacher there, notable for the wrong reasons was Marcel Déat (1894-1955), the fascist whose political career ended up as Minister of Labour and National Solidarity under the Vichy government in 1944.