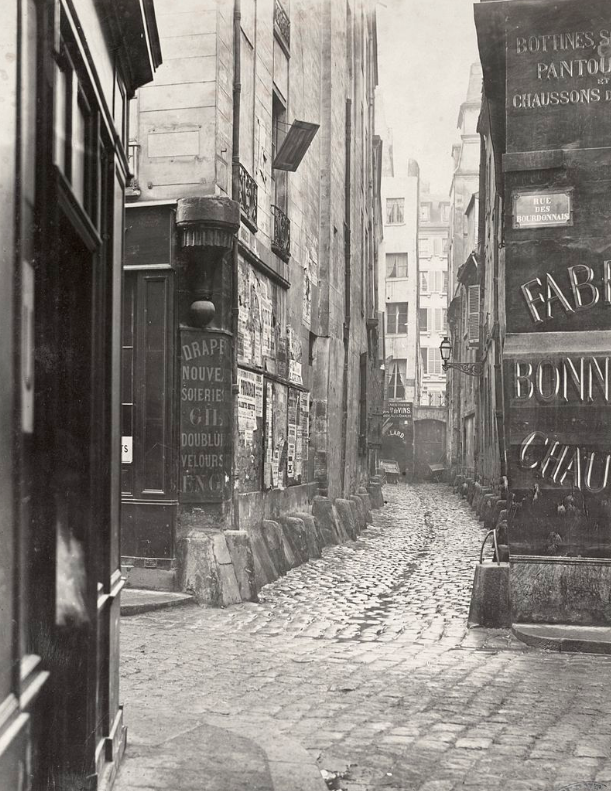 This road owes its present name (finally decided in 1852) to the brothers Adam and Guillaume Bourdon, provost of the merchants of Paris and wealthy Parisians in the 12th century.

On July 29 1843 Alexandre Ledru-Rollin and Louis Blanc together with François Arago, Ferdinand Flocon and Godefroi Cavaignac met at Ledru-Rollin’s office at No. 11 and decided to set up a radical newspaper that would campaign for democracy,  La Réforme. The photograph above of Rue Bourdonnais was taken ten years later by Charles Marville.

This was where on February 21 1848 the Republicans around the Reform paper took the decision to resort to armed resistance to the King’s decision to ban the Paris banquet in their national campaign to extend the franchise. Among those meeting were the Worker Albert, Ledru-Rollin, Etienne Arago and Marc Caussidière.

The office became the headquarters of the February Revolution, and was where on February 24 1848 Ledru-Rollin, Blanc, l’ouvrier Albert, Flocon, Arago and Cavaignac drew up the left’s list for membership of the provisional government.

A century later, No 32 was the home from 1954 to 1958 of the Catholic priest, Henri Grouès (called l’abbé Pierre), who had been in the resistance and then a deputy, and was the founder of the Emmaüs charity.