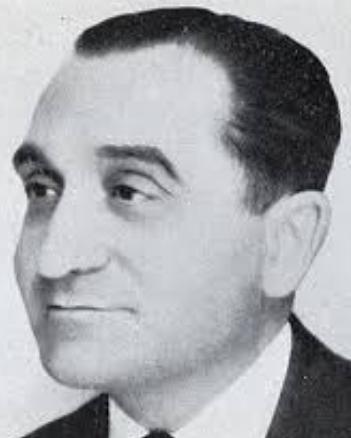 The only deputy who voted against French athletes competing in the 1936 Berlin Olympics was the youngest member of the national assembly, the son of an active Dreyfusard non-practising Sephardic Jew: Pierre Mendès-France.

In the 1950s and 1960s Mendès-France shifted to the political left and became a major influence on left reformist socialism.

As a young Paris-born lawyer, aged just 25 (the minimum age then permitted) Pierre Mendès-France was elected as a Radical Party deputy in 1932. At 17 he had joined the Ligue d’action universitaire républicaine et socialiste (Republican and socialist Action League) fighting for free speech in the universities and against the growing extreme right, and was elected its leader in 1927.

Along with Jean Zay, Mendès-France was a left ‘Young Turk’ within the Radical Party, arguing against its majority centre-right for the alliance with the Socialists and Communists that became the Popular Front. He became a junior minister in Blum‘s second short-lived government in 1938, and argued for greater material support to be given to the Spanish Republican government and against appeasing Hitler. The rejection of his anti-corruption and austerity economic plan by the Senate led to Blum resigning as Prime Minister after just one month.

Mobilised in 1939 he asked to be transferred from Syria to a potential combat zone. He was lightly wounded in the North of France in June 1940. He returned to Paris and then immediately followed the other National Assembly deputies to Bordeaux. He, Zay and others who wanted to continue the fight, heard De Gaulle’s London appeal for resistance and boarded Le Massilia steamboat that was heading for Morocco. Once there he was arrested by the Vichy authorities on August 31 1940, forcibly returned to France and imprisoned at Clermont-Ferrand.

On May 9 1941 he was tried for desertion before a military tribunal and sentenced to six years imprisonment. A month later he escaped and made his way to Switzerland and then Portugal before getting to London.

He joined the Free French Lorraine squadron of French bomber aircraft within the RAF, and flew several missions before he became Finance Commissioner in De Gaulle’s Algiers provisional government in November 1943.

In July 1944 Mendès-France, a supporter of what became known as Keynesianism, led the French delegation at the Bretton Woods conference, where Keynes largely reshaped the global monetary system. In September PMF (as he became known) was made Economics Minister, but resigned from that in April 1945 in disagreement with De Gaulle’s economic policy.

PMF’s political conviction that capitalism had to be free but tightly constrained led him to create a left Republican current. However, although re-elected as Deputy for the Eure constituency to the North-West of Paris in 1946, initially PMF largely played only an international role, first in the World Bank and the International Bank for Reconstruction and Development, and helping create the International Monetary Fund.

This changed with PMF’s growing criticism of the French war in Indochina. After the catastrophic defeat of the French army at Điện Biên Phủ on 7 May 1954, René Coty, the second president of the Fourth Republic, invited PMF to form a government. On June 18 he promised to bring peace in Indochina within a month, and his nomination was overwhelmingly approved by the National Assembly.

By July 20 1954 the Geneva Peace Agreement had ensured France’s withdrawal from Vietnam, Laos and Cambodia, and as prime minister and minister of Foreign Affairs, PMF also granted self-government to Tunisia.

PMF’s government collapsed in February 1955, four months after the start of the Algerian war of independence, brought down by the votes of Communist, centre-right and extreme right (Poujadist) deputies.

In January 1956 PMF’s centre-left Republic Front secured 80 deputies (with Mitterrand’s group) in national elections but the Socialist leader, Guy Mollet, with 95 deputies became prime minister. PMF resigned from that government in May 1956 questioning its pursuit of the Algerian war.

In June 1958 PMF was one of the most outspoken French politicians opposed to De Gaulle coming to power on the basis of the military coup by the French Army in Algeria.

In the September referendum on the new Constitution putting all political power into the hands of a president elected by universal suffrage PMF campaigned against De Gaulle. He then lost his seat as a deputy in the October 1958 general election.

PMF resigned from the Radical Party, which supported the Fifth Republic constitution. For the first time he openly declared himself a socialist.

I’ve always defended, even at the heart of the Radical Party, ideas that made those who criticised me consider me a socialist. And it’s true in the sense of the socialism of Jaurès and Léon Blum, because I think I have learned from their experiences and have understood their message.

In October 1959 PMF joined the new Parti Socialiste Autonome (PSA), that stood for democratic, humanist and innovatory socialism. In May 1960 this group merged with other parts of the French New Left to become the Parti Socialiste Unifié (PSU).

He was elected a PSU deputy for the Isère constituency in March 1967, and on May 27 1968 he was the most significant mainstream politician to attend the Second Left’s 30,000-strong meeting at the Charléty football stadium. Called by the non-PCF and non-revolutionary left student and worker trade unions and supported by the PSU it provided an opportunity for PMF to speak that he did not take.

PMF’s presence, however, led to his losing some PCF support in the June 1968 elections when he narrowly lost his seat. He resigned from the PSU and embarked on a disastrous joint presidential ticket campaign with the SFIO’s Gaston Defferre in 1969. Ill health in the 1970s effectively ended his political career.

After his death in 1982, Mitterrand, who had been given a ministerial post by PMF in 1954, commissioned a statue to his mentor that was erected in the Luxembourg Gardens, sadly replacing Emile Derré ‘s ‘Column of kisses’ tribute to French anarchism and insurrectionism in the persons of Louise Michel, Auguste Blanqui and Elisée Reclus.

In 2002 the newly-elected Socialist Party majority on the Paris council voted to call the Western end of the avenue de France that leads to Mitterrand National Library of France, the avenue Pierre Mendes France.