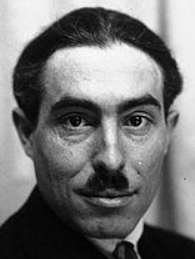 An SFIO member from 1924 and a teachers’ trade union leader in the 1930s, Pivert was the leader of a faction within the SFIO known as the ‘Revolutionary Left‘.

In 1935 the group’s publication was based at 23 Rue Mouffetard. He wrote an article ‘Everything is Possible‘ in May 27 1936 urging, without success, the Popular Front’s Prime Minister Blum to break with capitalism.

Pivert broke with the SFIO in 1938 and formed the Workers and Peasants’ Socialist Party.