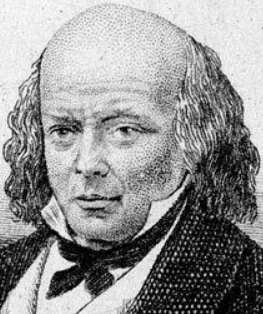 Pierre-Jean Béranger was the most influential French song-writer of the 19th century.

He was born at 50 Rue Montorgueil on August 19 1780, but was brought up by his grandfather, a tailer who lived at an address unknown in the Rue du Faubourg Saint-Antoine. There, as a small child he witnessed the storming of the Bastille.

By the time he was 20 he was living in a shack at 50 Rue René Boulanger.

He began writing patriotic songs that were appreciated both under Napoleon and initially under Louis XVIII. But by 1821 his songs began to bite at the Bourbons and in December 1821 he was jailed in the political wing of the Ste Pélagie prison whose entrance was at nos 2-8 Rue du Puits de l’Ermite. Released after winning an appeal three months later, he found his popularity greatly enhanced.

In the mid-1820s under the Restoration Béranger lived at 27 Rue des Martyrs. On August 24 1827 he took part in the funeral at Père Lachaise cemetery of his friend from up the road, Jacques-Antoine Manuel, alongside whom Béranger himself would be buried thirty years later. An elected deputy Manuel had been thrown out of the National Assembly in 1823 for opposing the Bourbons sending troops to support the Spanish king Ferdinand VII against a popular uprising.

In March 1828 Béranger was jailed for the second time. On this occasion he spent nine months at the La Force prison for publishing another collection of his anti-Bourbon patriotic songs.

His songs helped shape the cultural background for the widespread support for the 1830 July Revolution.

From 1833 to 1835 Béranger lived in an attic room on the 2nd floor of 42 Rue Raynouard in the 16th arrondissement. In 1839 he published two poems reflecting the influence on him of Saint-Simon and Cabet, one of which, ‘Madmen‘ has been described (in the Maitron) as ‘publicly showing his sympathy for all forms of socialism’. The other, the Old Tramp, confirms his humanism.

Viewed as France’s ‘national poet’, his songs with their indirect critique of the Bourbons led him to imprisonment. He appealed to liberals, republicans, Bonapartists and socialists. Under the Second Empire he was criticised for having in part helped build up the Napoleonic myth that allowed Louis-Napoleon to take power.

Béranger died on July 16 1857 in the top floor of No 5 Rue Vendôme, that was renamed Rue Béranger in 1864. When he lived there the regency mansion built between 1720 and 1725 was called the Hotel de la Haye. It is now the Pierre-Jean-de-Béranger Secondary School while the mansion next door is the Béranger Primary School. 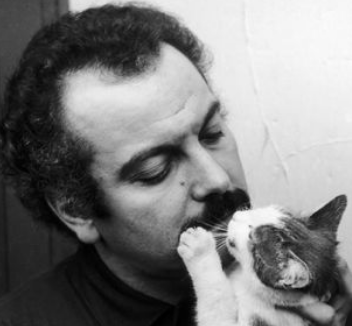 A leading anarchist poet and songwriter of the 1950s and 1960s, he encouraged anti-authoritarianism.

Brassens contributed regularly in 1946-1947 under pseudonyms to the weekly anarchist newspaper Le Libertaire. In the 1950s Brassens’ donations enabled the Libertarian communist federation that ran the paper to move into an office in Rue Saint-Denis.

Brassens was one of many famous singers who appeared at the venue the Concert Pacra in the boulevard Beaumarchais.