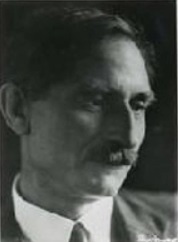 He became a trade unionist in 1899, joining the municipal workers’ union. In 1910 he was asked by his then anarchist friend Amédée Dunois to act as an interpreter for Pierre Monatte, founder of La Vie ouvrière at its office at 42 Rue Dauphine in a meeting with an American IWW member, William Z Foster.

Griot was a keen theatre-goer and in 1911-12 took his pseudonym Rosmer from an Ibsen character, and used this when he replaced Dunois as editor of the daily CGT trade union newspaper, La Bataille syndicaliste, printed at the Union Printworks at 40 Boulevard Arago.

Classified as ‘auxiliary service’ rather than conscripted during the First World War he was one ot the handful of trade unionists most present in Paris. He spent many of his Sundays at Trotsky‘s changing addresses. Trotsky and Martov, regularly attended the continuing La Vie ouvrière meetings that took place even after they stopped publishing it, at 96 Quai de Jemmapes, whose ‘Labour’ bookshop had been closed by the CGT that supported the war effort and the ‘holy union’..

In 1916 Rosmer, reporting back on the Zimmerwald Conference, met the anti-war activist, Marguerite Thévenet, who became his lifelong partner, marrying in 1932.

Having begun work as a clerk in the Paris-Orléans railway company, Thévenet’s experience there, and subsequently working for a Protestant holiday camp organisation (colonies de vacances) led her to become an expert at smuggling subversive literature and revolutionary activists across frontiers.

Thévenet first met revolutionary syndicalists when her childhood friend, Léontine Valette, met and married Pierre Monatte in 1909. When Monatte resigned from the leadership of the CGT she wrote strongly congratulating him. Member of the Rue Foudary pacificist group she met Rosmer at a meeting reporting on Zimmerwald in March 1916.

In May 1919 the French Committee for the Third International decided to send Rosmer to Moscow, where he played a big part in the Second Congress of the Comintern. In February 1921 he spoke at the funeral of Peter Kropotkin.

Still in France, Thévenet may have helped organise the illegal presence of Clara Zetkin at the Party’s founding congress in 1920.

Rosmer was back in France in 1921-22 where he joined the PCF but did not support the idea of trade unions affiliating to a single Communist international. Back in Moscow in May 1923 he became increasingly disquiet at the direction of the political infighting there, and after circulating Lenin’s Testament in France he, Monatte and others were expelled from the Communist Party.

In 1924 with Pierre Monatte he founded La Révolution prolétarienne, but he became less active in the anti-Stalinist opposition and had doubts about the possibility of creating a ‘Fourth International’.

Rosmer did support the idea of producing a journal to keep the militants together and informed, and he became the editor of the weekly Trotskyist paper The Truth first published by on 15 August 1929 at 23 rue des Vinaigriers. The editorial office of the weekly Trotskyist paper The Truth published by the Communist League on 15 August 1929. In April 1930 it led to the creation of the Communist League with which the Rosmers were involved along with Pierre Frank, Pierre Naville and Marthe Bigot.

Within nine months, however, Rosmer resigned from the editorial committee of The Truth. He had supported the idea of carrying out trade union work without party interference, a view Trotsky considered ‘rightist’ and detested the bullying of the League’s leader, Raymond Molinier. Trotsky then broke all contact with the Rosmers, even when he was in Paris for nearly two years in 1932-33.

The Rosmers survived on Marguerite’s work organising children’s holiday camps, and Alfred’s job as a proof-reader. Alfred was active in exposing the fraudulent nature of the Moscow trials, and working with the Dewey commission in 1937 in the US.

After the murder of his eldest son, Léon Sedov, in Paris in February 1938 Trotsky asked the Rosmers to find his grandson Sieva and bring him to Mexico to join him and Natalia. It took them a year of legal and police action (opposed by Sedov’s partner) before they succeeded – in a trip paid for by the royalties of the sale of the French edition of Trotsky’s book Stalin.

After the declaration of war the Rosmers decided to leave Coyoacan for New York, where Marguerite gave French lessons and Alfred resumed work as a proof-reader (initially on the bible thanks to work passed his way by Max Eastman).

They returned to France in the summer of 1946 and in 1947 resumed writing and supporting La Révolution prolétarienne, struggling for socialism against Stalinism without falling into the American camp.

In 1946 Natalia Trotsky gave the Alfred Rosmer authority to publish Trotsky’s works and he carried out this extremely difficult task for the rest of his life.

Maurice Nadeau (1911-2013), who had helped to organise an International Federation of Independent Revolutionary Artists in the 1930s with the support of André Breton and Diego Rivera gave Rosmer a great deal of support in publishing Trotsky. In 1960 he played a key role in organising the Manifesto of the 121 unequivocally supporting those who refused to fight against Algerian independence.

The Manifesto was signed, naturally, by Rosmer, but also by De Beauvoir, Sartre, Breton and Guerin featured in Left in Paris. His office at Les Lettres nouvelles at 3 Rue Malebranche was searched as a result and Nadeau questioned by the police.

It became easier after the Khruschev revelations of 1956, and the royalties he sent to Natalia became larger. Natalia and Marguerite died a week apart in 1962, and Alfred two years later after a fall in which be broke his femur.