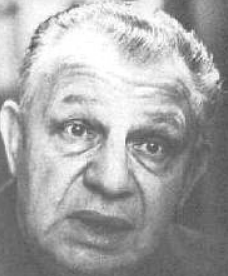 Member of the Fourth International secretariat from 1948 to 1979.

Of Russian parentage, Frank trained as a chemical engineer. He joined the Communist Party in 1925, but by 1927 supported the Russian Left Oppositio. Early in 1929 hetravelled to Prinkipo, the Turkish island where Trotsky lived after first being exiled by Stalin.

Returning to France a Trotskyist in August 1929 Frank and others launched La Vérité (the Truth), France’s first Trotskyist publication and was accordingly expelled from the Communist Party. From July 1932 until June 1933 he worked for Trotsky as one of his secretaries on Prinkipo.

On Trotsky’s suggestion Frank and other Trotskyists joined the SFIO in June 1935 – only to be expelled in October. In the later thirties Frank had tactical divergences with Trotsky. After an arrest warrant was issued for him in June 1939 he escaped to Belgium and then spent the Second World War in Britain, where he was interned on the Isle of Man until November 1943..

He returned to Paris in 1946 and became part of the leadership of the Trotskyist Parti Communiste Internationaliste. He sided with Pablo [1911-1996] at the time of the split in 1952 and supported the strategy of entry work in the Communist Party.

The PCI was one of the first French organisations to engage in solidarity work in support of the Algerian National Liberation Front (FLN). Frank was briefly jailed for his activity. Although the organisation was very small it contained some courageous activists who “carried suitcases” for the FLN, including Henri Benoits [b 1926] and Clara Benoîts [1930] who organised solidarity with Algerian workers at Renault-Billancourt, Denis Berger [1932-2013] who organised jailbreaks, and Alain Krivine [b. 1941] who turned to the Trotskyists in the 1960s out of disillusion with the Communist Party.

Frank continued to play a leading role in the organisation, which grew rapidly after 1968, becoming the Ligue Communiste Révolutionnaire, until his retirement in the late 1970s. He wrote several books, including a history of the Communist International.

Pierre Frank died in the Pitié-Salpêtrière University Hospital, one of Europe’s largest publicly-owned, a former prison in the Boulevard de l’Hôpital. Others who died there included Josephine Baker in 1975, Michel Foucault in 1984, the same year as Frank, and Princess Diana in 1997.