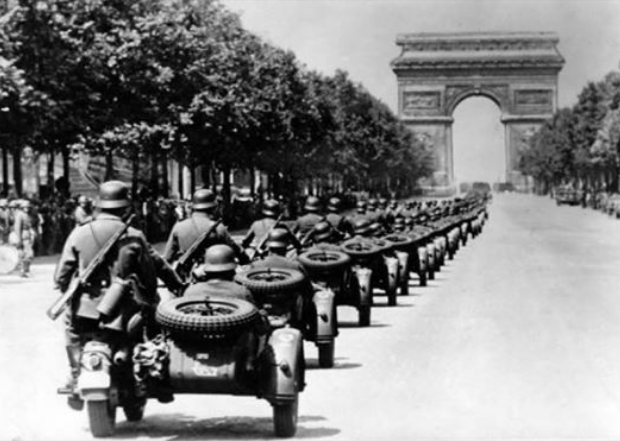 As early as the 14th century the 1.5km-long road from central Paris towards the village of Sèvres six miles away (nearly 10km) got its name. The name was later made famous by the Manufacture nationale de Sèvres (the porcelain factory) moved there in 1756 at the demand of Madame de Pompadour, mistress of Louis XV, and then bought by the king three years later.

One of the largest underground newspapers circulating in the Northern Zone, Défense de la France, during the German Occupation was printed at No. 11. It was printing 450,000 in January 1944. The niece of Charles de Gaulle, Geneviève de Gaulle-Anthonioz, was one of its supporters. One of those involved in the printing, Jacques Grou-Radenez, was arrested and died in deportation on November 12 1943.

Marc Bloch the Left historian who founded the Economic and Social History Annales lived in a flat at No. 17, above the then Lutetia swimming pool, from 1936 to 1940. Initially used exclusively by the adjoining hotel it was requisitioned by the Gestapo in 1940. In 1945 it became a centre for returning concentration camp inmates and then a public swimming pool. until it was closed in the 1970s. The Lutetia swimming pool is now a Hermes shop.

A rare plaque for the Leftist was put on the first floor wall of the building because of his wartime role leading the resistance in Lyon, after he was sacked from his job as Professor at the Sorbonne University for being a Jew.

The huge establishment at No. 22-24, Le Bon Marche, the French equivalent of Harrods, has been catering to wealthy French Parisians and tourists since 1852, just 11 months after the December 1851 coup d’état when Charles-Louis Napoléon Bonaparte seized power.

Jacques Prévert worked as a salesman there in March 1916, before being fired for having ‘turned a salewoman from the right path’.