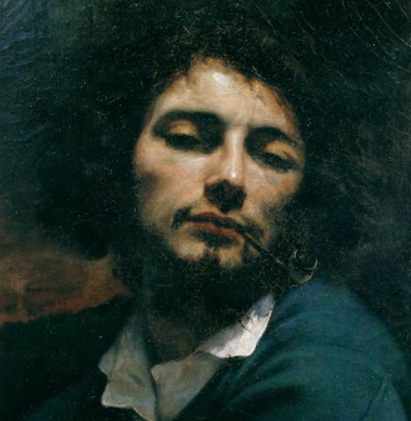 The leading realist painter of his day Gustave Courbet was a socialist and republican. He supported the Commune in 1871 after which he was jailed and exiled.

On September 7 1870 Courbet organised a meeting of artists in the Louvre Palace to create a Commission that would attempt to protect the museums of Paris from the imminent threat of an occupation by the then victorious Prussian army. 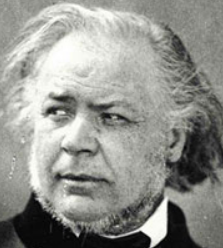 Master of French political caricatures he was a democrat, often close to the working class, jailed for six months in the Sainte-Pélagie prison under Louis-Philippe in 1832.

Imprisonment did not stop his attacks on the Orleans regime. In 1835 he published his most famous sketch of the Massacre of Rue Transnonain.

He was very sympathetic to the Commune. where he belonged to the Artists’ Federal Committee, elected on April 17 1871 where, as representative of the Beaux-Arts section, opposed Courbet‘s proposal to knock down the Vendome column.

For much of his working life Daumier submitted cartoons to the Le Charivari  (Hullabaloo) journal in existence from 1832 to 1893, whose editorial offices were at 16 Rue du Croissant.

From 1869 until his death he lived at No. 42, Rue Rochechouart, an address that became still more significant for the left in 1889, since it was there that the Second International was founded.

Born in Turin and raised in Burgundy, Félix Fénéon topped an examination to become a senior administrator at the Ministry of War in Paris at the age of 20. During the 1880s he became known as a leading literary and art critic in the Paris. In the 1890s he was accused of being an anarchist bomber and jailed for several months before being found not guilty.

To my great surprise while travelling to Paris on June 20 2019, Marian found an advertisement in the Eurostar magazine for a major art exhibition devoted to Fénéon. It began at the Musée du Quai Branly, where it was essentially devoted to his collection of African art. From October to January 2020 it continued at the Musée de l’Orangerie, where it focused on his anarchist artist friends. The combined exhibition was then scheduled to cross the pond to New York in 2020.

Fénéon wrote for a journal called La Libre Revue in 1883 and 1884 while he was still living with his parents in Rue Vaneau. Its correspondence address was 8 Place du Palais Bourbon. He then became a founding editor of La Revue Indépendante in 1884, whose offices were in the Rue de Médicis. He then became editor of La Vogue in 1885, contributing to Le Symboliste in 1886. All of these posts were part-time.

At the same, like many intellectuals in the ten years from 1885, Fénéon was attracted by anarchist libertarian and egalitarian ideals. He attended anarchist meetings, was a friend of Émile Henry, the 20-year-old bomber of the Café Terminus. He supported the ‘propaganda by deed’ movement and had a substantial police file.

After the Rue de Condé explosion at the Restaurant Foyot, the police found nothing incriminating at his flat in Rue Lepic. But a flask of mercury and detonator tubes were found in his office at the War Ministry. He was arrested and jailed in the Prison Mazas.

With 29 others in August 1894 he was put on trial at the Palais de Justice for ‘criminal association’ with other anarchists in the ‘Trial of the Thirty‘.

This was in the same month that the 20-year-old Italian anarchist baker, Caserio, who in June 1894 in Lyon had mortally stabbed the French President Sadi Carnot, was guillotined. The political climate was highly hostile to anarchism.

In the witness box, however, Fénéon mounted a brilliant defence. He totally ridiculed the prosecution. Fénéon and 26 others were found not guilty.

Fénéon lost his War Office post and steady income. His lawyer, Edgar Demange went on to represent the Jewish Captain Alfred Dreyfus in his two trials in 1894 and 1899.

He was then asked by Thadée Natanson to became editor of La Revue Blanche, an influential artistic and literary journal, sympathetic to anarchist ideas that the wealthy banker’s son had founded in 1889. Its offices were in the Rue Laffitte.

Active in supporting Dreyfus, Natanson was in 1898 one of the founders of the Rights of Man League. His wife Misia, the daughter of the Polish sculptor, Cyprien Godebski, were at the heart of the Parisan cultural and artistic scene at the beginning of the 20th century.

Artists like Pierre Bonnard and Toulouse-Lautrec designed the front covers of La Revue Blanche and illustrated articles by authors such as Proust and Gide. He also published poems by Stéphane Mallarmé

Fénéon broadened the journal’s politics to include pieces by Lucien Herr, Léon Blum, Kropotkin and Tolstoy. In January 1898 Fénéon signed the Manifesto of Intellectuals published in support of Dreyfus the day after Zola’s ‘J’accuse’ letter that led to Dreyfus’ second trial.

La Revue Blanche ceased publishing in 1903 and Feneon then worked as a jobbing art critic journalist.

From 1906 until 1925 Fénéon was artistic director of the Galerie Bernheim-Jeune art gallery, also initially located in the Rue Laffitte. He edited its journal from 1919 to 1926.

During the World War 1, when some leading anarchists identified with their national governments, Fénéon began to distance himself from anarchism. After the Bolshevik revolution, along with his friend Paul Signac, he became closer to the Communist Party.

From 1920 to 1922 he worked as a literary editor for Editions de la Sirène, publishing James Joyce, Jerome K Jerome and many others. In 1936, on the victory of the Popular Front, he hoisted a red flag in front of his house.

In 1947, shortly before her own death, his widow, Fanny Goubaux, set up the annual Prix Fénéon (Feneon Prize), organised by the University of Paris. This was funded by the sale of much of his by then extensive art collection, bought from antique dealers and given by his friends. 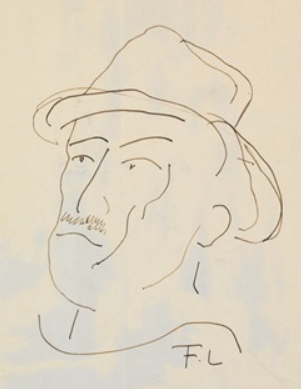 Already a well-known artist, in the 1930s Fernand Léger participated in anti-fascist marches and meetings, supported the Popular Front and joined the Communist Party aged 64 in 1945.

He trained at well known painting school, at 14 Rue de la Grande Chaumière, at the turn of the 20th century. Others who were trained there included Modigliani and Matisse.

By 1910 he had a studio in the Rue de l’ Ancienne Comédie, and was meeting other cubists every Tuesday at the Closerie des Lilas in the Boulevard du Montparnasse.

His interest in working people, and his concern about the need for mass education, emerged during his time in the trenches in the First World War. He wanted museums to open at night so ordinary people could visit them.

After nearly dying in a German mustard gas attack at Verdun Léger was demobilised and returned to live in Paris at 86, Rue Notre-Dame des Champs, where he lived for the rest of his life.

He joined the Association of Revolutionary Writers and Artists (AEAR) in December 1932. On 21 March 1933 he spoke at a meeting held in the masonic hall at 16, rue Cadet chaired by André Gide, protesting against the Nazi terror imposed after the Reichstag Fire of February 27.

In 1935 and 1936 he debated with Aragon about the direction of painting, arguing that there had to be a ‘new realism’ with its origins in modern life. Leger always defended individual creativity.

At the International exhibition of 1937 a huge mural of his was displayed at the Pavilion of Discovery.

Another massive paintings was on display at the Solidarity Pavilion. It was called ‘The CGT’s working class trade unionism’. I can’t find it anywhere, but that same year he produced an office ground plan for the Popular Front’s Minister of Education, Jean Zay.

All through the pre-war period Léger attended demonstrations and signed petitions against fascism, so in October 1940, he went to the US, believing he could not continue to paint under the German Occupation.

He returned to France in December 1945 and immediately joined the French Communist Party – an action that coincided with Picasso‘s similar decision that naturally made much bigger headlines.

While accepting his membership, Léger remained trebly suspect to the PCF. Not only, like Picasso, did he not paint to political orders, and often produced what the PCF considered ‘art that was inaccessible to the workers’; but also, unlike Picasso, he had left France between 1940 and 1945; and he had gone to live and work in the United States.

With his second wife, one of his pupils, Nadia Khodossievitch, he opened a studio and art school at 104, Boulevard de Clichy. His last ten years saw him paint prolifically and gain an international reputation.

Despite being overshadowed within the peace movement by Picasso’s dove, Léger, whose left political leanings and anti-fascist record resonated in the inter-war decades, continued to support the Communist-inspired peace movement and the Communist Party up to his death in 1955. while all the time refusing to paint in the ‘socialist realist’ style the PCF, following Stalin, preferred.

Picasso visited Paris often between 1900 and 1904 when he settled there. From 1935 he associated with many of the left surrealists and in 1937 painted Guernica. He joined the French Communist Party in October 1944, gave money to it, and remained a member until his death. 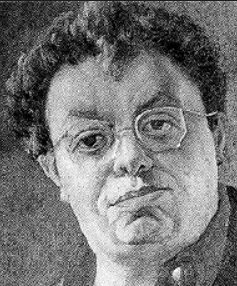 Awarded a scholarship to visit Europe Rivera became a major figure in Montparnasse’s artistic and literary life. He is believed to have met Trotsky and Lenin during the nearly ten years he lived in the city. He first joined the Mexican Communist Party in 1922.

Like several other intellectuals in the 1880s, Signac broke with bourgeois attitudes, and by 1896 was collaborating closely with Jean Grave and the anarchist journal Les Temps Nouveaux. Unlike Kropotkin and Grave, however, Signac opposed World War 1 and in 1934 opposed the fascists.